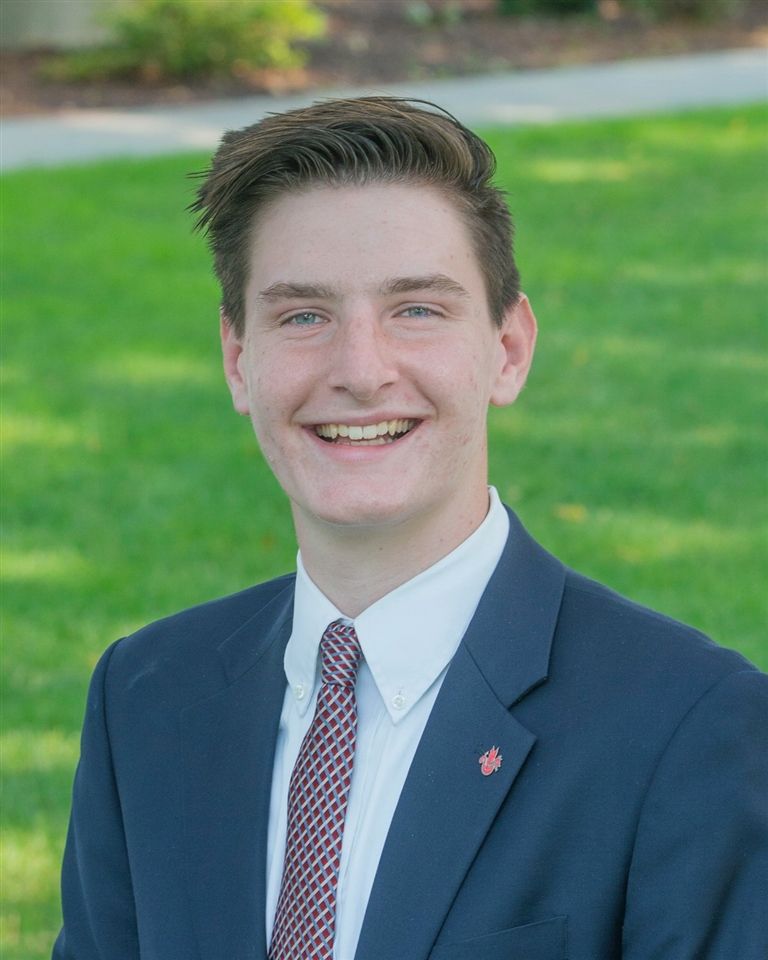 2/28/2019
After capturing an individual title and helping the Kingswood Oxford varsity boys squash team to the New England Class C title, James Ravalese '20 is the Wyvern of the Week.
Ravalese won the title at No. 4 singles, doing it in dramatic fashion as he overcame a 2-0 deficit to win the final three games of the championship match.
“The tournament overall was a huge success,” Ravalese said. “I feel that the hard work that both I and my team put in over the season paid off and that is why we came home with a trophy.”
In the final, Ravalese lost the first two games 11-8. He fought hard and came back to win the third game 12-10. It appeared Ravalese lost his momentum when he found himself down five points in the fourth game but he came back to win 12-10. Ravalese went on to close out the match, winning the fifth game 11-7.
“It was an overwhelming experience,” Ravalese said. “I was so happy with my team's performance and was glad we could bring home a trophy for Coach Robby. While winning the individual title was amazing in its own right I was just happy I could earn more points for our team in the grand scheme of things.”
Ravalese has been playing squash since he was in the sixth grade. He was drawn to the fast pace of the game and the fact that it is both a team and individual sport. And both Ravalese individually and the Wyverns as a team had a much better tournament this season than last.

“Both me personally and the team were not very successful at New Englands last year. I went into the experience nervous and I didn't hype myself up before my matches,” Ravalese said. “However, this year I went into the tournament with confidence and a winning mentality and it allowed me to win my matches. In addition to this support from my teammates, coach, and family I was able to win my hardest final match.”
Time out With James:
Favorite athlete: Gordon Hayward
Favorite Sports Team: Boston Celtics
Favorite Sport Other than Squash: Curling
Pre Match Pump Up Song: All-Star By Smash Mouth
Favorite Meal: Cake
Last Movie You Saw: Shrek
Back