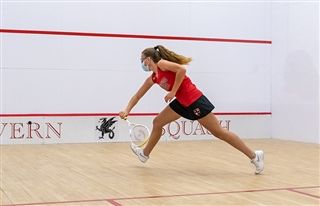 12/9/2021
Basketball
The Varsity Boys’ Basketball team lost 48-62 in the first game of the season against St. Andrews on Dec. 1. KO played great defense throughout the game leading by four points at halftime. The game was tight throughout with many lead changes until about four minutes left in the game. At that point, St. Andrews pulled away with timely shooting while the Wyverns’ jumpers remained uncharacteristically cold. It was a great effort with a quality opponent. The Wyverns were led in scoring by Gavin Griffith ‘23 26 points.

The Varsity Boys’ Basketball team won 72-42 against Westminster on Dec. 3. In the team’s first home game in front of fans in two years, the team played a fantastic game in front of a happy crowd. The Wyverns played great defense and saw their transition offense flourish. It was wonderful to see Hewett filled with fans and the Wyvern players able to play in front of their family and friends. The Wyverns were led in scoring by Gavin Griffith ‘23 25 points.

The Varsity Boys’ Basketball team won 78-65 against Phillips Andover on Dec. 5. In the 2021 Zero Gravity Prep Classic, the Wyverns enjoyed a great effort and victory over a strong Andover team. The team’s defensive intensity continued strong while the offensive execution took a big step forward. It was a fantastic afternoon on a big stage. The Wyverns were led by Gavin Griffith ‘23 34 points.

The JV Girls’ Basketball team lost 16-39 against Berkshire on Dec. 8. The Wyverns were challenged at both ends of the court early and often in this game. Some of these challenges came from the Bears' good defense and some were brought on by KO’s own mistakes. Keeping the game close until halftime, KO was not able to remain that close in the second half as persistent turnovers translated into missed scoring opportunities.

The JV Girls’ Basketball team lost 24-66 against Taft on Dec. 1. An older and more experienced Taft team proved too much for the Wyverns in their season-opening game. However, this was never for lack of effort as all who played did their best to execute both offensive and defensive strategies. Stella Zimmer '25 led all KO scorers with 11 points while Jenna Kanaan '25 scored six points and Olivia Gallup '25 and Alyssa Temkin '23 chipped in five and two points, respectively.

The JV Girls’ Basketball team lost 13-41 against Williston Northampton on Dec. 4. Drawing from hard work at practices all week, the Wyverns demonstrated both individual and team skill improvements as they pulled away from a determined Williston Northampton team early on and never looked back. All seven players who were able to play made significant contributions at both ends of the court, with five of them adding to the scoring.  However, it was the smart, hustling defense that made the difference for KO as turnovers turned into transition baskets.  Among others grabbing key defensive rebounds were Epephanie LaBoy '23 and Abbie Craig '25 while Ella Wilson '25 managed to deflect many of the Wildcats' passes.

The Middle School Girls A Basketball team won 33-4 against Ethel Walker School on Dec. 8. The players were excited and ready to play their first home game of the season. KO came out strong and never looked back. All eleven of the players had quality time on the court and contributed to the win. Eight of the 11 players had at least one basket. Madison Brillant ‘28 and Ida Chapman ‘27 led all scorers with nine and seven points, respectively.

Esports
The Esports Rocket League team played their final match of the season on Nov. 29 vs. Clifton HS (NJ) and lost 3-4. Fresh off a well-earned week's respite, the Form 5 Rocket League trio of Will Jacobs '23, Cole Ellis '23, and Kodi Ezegbo '23 got themselves locked in for KO Esports' first-ever playoff run. Heading into the best-of-seven matchup, the Wyverns found themselves in top form in Game 1, winning by one goal in overtime. Game 2, however, turned into a blowout loss, with our drivers overwhelmed by what seemed to be completely different style of play from the opposing team, one to which it was hard to respond. Respond they did, though, as KO took wins in both Game 3 and Game 5, the entire esports room full of tension and excitement. Ahead by one game, with the second round of the playoffs just in sight, the Wyvern team found themselves absolutely outclassed in Game 6 and Game 7, losing both, and the match, unfortunately. Although the Rocket League threesome didn't make it to the second round of the hyper-competitive Eastern Regional League, they took it right to the very end with solid play, improved teamwork, and greater communication. With another year for this team ahead on the horizon, hope springs eternal. Great job, KO!

Squash
The Girls' Varsity Squash team won 6-1 against Ethel Walker School on Dec. 4. The team had a great first outing at Ethel Walker, taking the match with much confidence after such a long hiatus from the squash season! Every player was ready to compete and produced a strong start to help the team start building momentum. In their varsity squash debuts, Katharine Doar ‘22, Annabelle Jacobs ‘23, and Ilianna Brett ‘24 took the no. 8, 7, and 6 matches 3-0 with effective, deep serving, and well-planned shots into the corners of the court. They adapted to their opponents and played better and better as their match continued. Macy Isenberg ‘22 battled through a five-game, down to the wire match in the no. 5 position with her punishing forehand volleys and consistent shots to the back of the court, with a tough 12-10 nail-biter loss in the final game. Nonetheless, it was a display of true grit and a great first match! In the no. 4 and 3 positions, our co-captains Mackenzie Caruso ‘22 and Amrita Natarajan ‘22 demonstrated their experience on the court and got right back into the swing of things with 3-0 wins and clear improvements in their strategies from game to game. Ava Marseglia ‘26 and Sophia Lazor ‘27, our middle school players quickly shook off the initial nerves that come with everyone’s first varsity match and had dazzling displays of control over the “T”. Marseglia had frequent, skillfully aimed kill shots to the front of the court, and Lazor combined hard-hit drives to the back with effective 1-2 plays to the front. It was a wonderful start to the season for the team!

The JV Girls’ Squash team had a tough but promising opening match against Ethel Walker on Dec. 4 and came away with a 0-7 loss. Most of the Wyverns made their debut in their first ever squash match. In the no. 5 and no. 6 spots on the ladder, Alyssa Tousignant ‘25 and Ella Chen ’25 applied the hard work they had put into practicing their serves to every service point of their matches, and they were making great connections with their swings, especially on the forehand side. In our no. 1 spot for the first time, veteran Regina Miller ‘22 showed her mettle by improving her volleying and shot selection each game to make the points increasingly difficult for her opponent. Hannah Malkin ‘24 played two hard-fought matches for the team (in the no. 2 and no. 7 positions), showcasing deep forehand drives and clever drops to the front when she was in control of the points. Both Margaret Miller ‘25 and Avery Hersh ‘24 had spectacular shows of perseverance in their matches, taking their opponents to extra points in their games and never giving up. Now that the team has gotten a taste of what it’s really like to compete within the four walls of the court, we’re looking forward to putting in the practice time to make each match better than the last!

The Varsity Girls’ Swimming and Diving team competed against Wilbraham and Monson on Dec. 4 and came away with a 55-36 win. KO went into the meet that it was going to be a close one. The meet was exciting from the first event. Abbie Wildstein ’26, Makenzie Gallagher’25, Miya Scranton ’25, Allie Wildstein ’22 came in first in the medley while Maggie Poulin ’24, Claire Palmer ’25, Anna Ollenschleger ’25, and Aubrey Wolfradt ’24 came in third both relays adding valuable points to the team score. Shout out to Sasha Dausey ’25 who swam the 200 Free for the first time! Gallagher won the 50 free. Wildstein won the 100 fly and Ollenschleger came in third. Charlotte Eberle ’23, Scranton, Gallagher, and Wolfradt won the 200 free relay and Claire Palmer ’25, Poulin, Ashleigh Stepnowski ’22, and Sausey came in 2nd. At this point of the meet, there was a lot of positive energy since KO was in the lead. Poulin swam a great 100 back coming in first. Scranton and Palmer swam a great 100 breast coming in first and third respectably giving the team an added cushion of points going into the 400 freestyle relay. The 400 freestyle relay was the most exciting event of the day! Wildstein came out with a strong start, Ollenschleger followed, and then came Gallagher. Wildstein dove off the block at the same time as the Wilbraham swimmer. She was neck and neck the entire race but helped lead the team to the win finishing .06 seconds faster than her opponent. The entire crowd was going wild throughout the race. Shoutout to Abbie Wildstein ’26 for swimming up with the Upper School team and also for winning all of her events! Congrats to the girls' team for earning their first win of the season! The team looks forward to hosting the KITs at Westminster this upcoming Saturday.

The Varsity Boys’ Swimming and Diving team competed against Wilbraham and Monson on Dec. 4 and came away with a 57-37 win. After a hard week of practices, the men came out to dominate! Eudel Ma ’25 and Nate Brodrick ’22 came in first and second respectively in the 200 Free. Damian Czartoryjski ’24 swam two record-breaking swims. He broke the pool as well as the KO school record in the 200 IM in a time of 1:58.51. Later in the meet, he broke the pool record in the 100 fly coming in at a time of 52:44. Both very impressive swims so early on in the season! Marrich Somridhivej ’22 and Pindar Chen ’25 both had great swims in the 100 free coming in first and second, respectively. Chen also had a great 100 back coming in first. The last event of the day was the most exciting! The relay of Ma, Somridhivej, Brodrick, and  Czartoryjski came in first in a come from behind win! The entire pool was going crazy throughout the race! Congrats to the boys' team for earning their first win of the season! The team looks forward to hosting the KITs at Westminster this upcoming Saturday.
Back