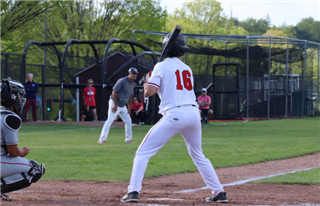 6/1/2022
Baseball
JV vs Hopkins Win 9-7 (5/14) After two straight losses, the JV squad was eager to get back to their winning ways against a well-coached and talented team from Hopkins School. The Wyverns were determined to avoid a slow start and early deficit, which is what plagued them the previous two weeks. On this day, both teams came ready to play, creating a fun and competitive atmosphere for all. Around the sixth inning, momentum shifted in KO's direction as a mixture of team chemistry, talent, and determination proved too much for Hopkins to handle. This was a big win for the Wyverns who now head into their final game of the season - a rematch with Loomis who dealt KO their first loss just two weeks ago.

JV vs Loomis Chaffee Win 14-9 (5/21) After KO's big win last week versus Hopkins, snapping a two-game losing streak, the scene was now set for an epic showdown against the two best JV teams in the league. In their previous meeting, Loomis Chaffee School dealt the Wyverns one of their only two losses this season. As expected, this was an exciting game with several lead changes along the way. Heading into the final inning with KO nursing a two-run lead, several player substitutions were made to ensure everyone played. These young, emerging players - Cameron Rios ’25, Max Huang ’25, William "Carey" Duvall ’25- all helped contribute to the win. Special recognition goes to the catcher, Evan Tyler, who rolled his ankle in the first inning but played the entire game. Other highlights include Sandy Cloud ’25 who scored KO's 100th run of the season and Jaedan Curcio ’23 who hit an absolute bomb to right field. End-of-season recognition goes to Elijah Wells ’24 who received the Coaches Award and Sam Bromberg ’23 who earned the Most Improved Player Award.
Back