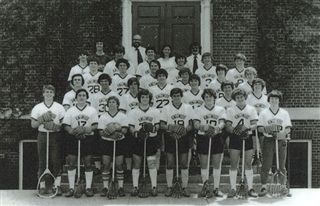 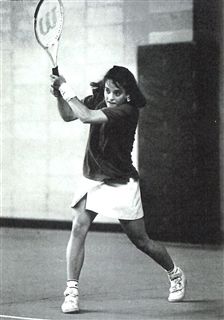 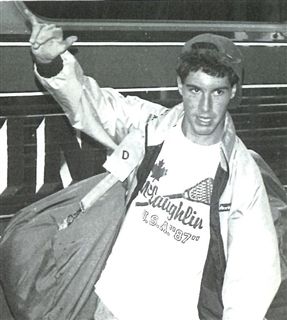 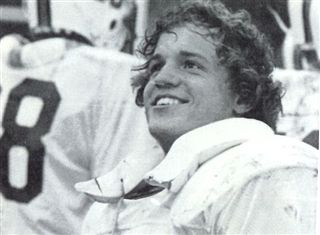 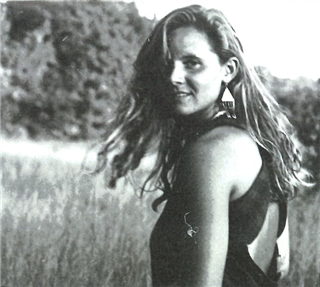 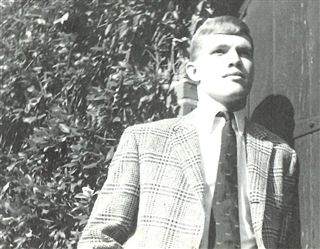 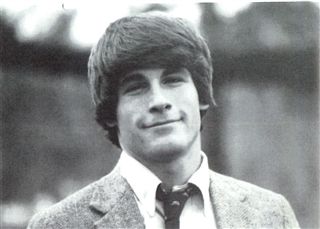 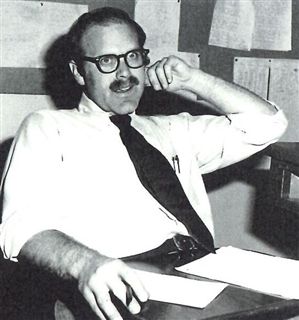 Athletic Hall of Fame to be Inducted in June

5/22/2018
Seven outstanding Kingswood Oxford alumni athletes, an undefeated boys’ lacrosse team, and a storied coach will be inducted into Kingswood Oxford Athletic Hall of Fame on June 9, 2018, during a ceremony in Roberts Theater with Athletic Director Debra Baer Fiske as emcee.
These athletes were chosen for their tremendous athletic achievements as well as their integrity, sportsmanship, and character.

Laura Flynn Baldini ’88
While at KO, Laura Baldini was a two-sport athlete, a four-year runner for the cross country team and a six-year player for the varsity tennis team where she served as captain and earned the recognition of MVP. She excelled on the tennis court, playing #1 singles from 1984-1988, and her career singles record was 63-4. She was nationally ranked in the USTA in 1987 as the #61 singles player for Girls 16 and under, as well as in 1989 when she was ranked #48 in the Girls 18 and under singles. She was also the captain for the New England Lawn Tennis Association’s 18 and under Girls’ Intersectional team. Laura attended Yale University where she played on the Yale women’s varsity tennis team and was a member of the Ivy League women’s varsity tennis championship team in 1989. She won the Yale Club of Hartford C. Gilbert Shepard Award for Athletics and Leadership.
Laura currently serves as a Superior Court Judge in Connecticut. She lives in West Hartford, CT with her husband, Matt and their three sons.

Jeff was a three-sport varsity athlete in his time at KO. He played soccer, hockey, and lacrosse and served as captain for all three in his Form 6 year. He was also the recipient of the William R. MacDonald Prize, the highest honor a male athlete can receive at KO. Jeff was described by his teammates and coaches as a true sportsman, an outstanding athlete and a fierce competitor, who played through injuries throughout his career at KO. As his lacrosse coach Stew Lindsay said: “he was as tough as nails.” His classmate and teammate, John Alissi said, “Jeff embodied everything KO strives to teach its students and athletes.” Upon his graduation from KO, Jeff went on to Yale University where he continued to excel on the lacrosse field. He was a four-year letterman on the varsity lacrosse team and he helped his team qualify for the NCAA tournament two of his four years. They reached the semifinals in 1990 and the quarterfinals in 1992, the same year he served as a captain for the team. Jeff has remained active since his playing days. He ran the Boston Marathon twice, the New York City Marathon and the Ironman in Arizona. He is an outdoor adventurer traveling from the very bottom of South America to the very top hiking, skiing, surfing, scuba diving, rock climbing, ice climbing, mountain biking and more. He also climbed and summitted Alpamayo in Peru and rode a tuk-tuk across India.


Jeff is the founder of the athletic apparel company ElevenPine.  He and his wife Kristi live in Colorado and are expecting their first child in July.
Robert J. Rice ’93
A three-sport athlete at KO, Bob Rice was a member of the varsity football team from 1990-92, varsity lacrosse from 1991-93 and varsity hockey from 1989-93. Bob’s leadership abilities were recognized by his coaches when he was named captain of all three sports during his Form 6 year. Bob was also recognized with the MVP award for each team, the Joseph Gargan Award for football, the Senior Hockey Award and the Connecticut Valley Lacrosse Club Award. In his senior year, Bob was named an All-Founders League player in hockey and All-New England in lacrosse. Upon his graduation from KO, Bob went on to Middlebury College and played on the football lacrosse and hockey teams.
He is the owner and financial advisor for Harvest Wealth Management in Needham, MA. He lives in Needham with his wife, Jessica, KO ’94 and their three children.
Christopher L. Richardson ’83
Chris was a three-sport athlete throughout his years at KO, playing lacrosse all four years, soccer his third form year, football the following three years. In the winter season, he played hockey for one year and wrestled for three.
He was captain of the team his senior year, held the record for most career assists with 82 and was second in career points with 167. He was voted All-League for the Western New England Secondary School Division 1 Lacrosse Association in both 1982 and 1983. He was a prep school All American in 1983, and he participated in both the Regional NESSLA Senior All-Star game and the National North/South High School All-Star game. Chris attended Roanoke College. There, he continued to play lacrosse for four years, He was named an Old Dominion Athletic Conference All-League selection in 1986 and 1987, the league MVP in 1986, captain of the 1987 team and earned All American Honors in both 1986 and 1987.
Chris currently resides in Ellicott City, MD where he is the owner and CRPS of the company RRG Inc. Chris is married to Norma and they have two children.

Bonnie Scranton ’88
Bonnie Scranton played five sports during her four Upper School years at KO. She was a member of the JV soccer team from 1984-1986, played goalie for the varsity field hockey team, swam on the swim team from 1982-1988 and played lacrosse in her Form 3 year. She was recognized as the MVP both her Form 5 and 6 years, served as captain those years and held records in the 100 Freestyle, the 200 Freestyle, the 500 Freestyle and the 400 Freestyle relay all in 1988. Additionally, she was named lacrosse captain in her senior year. Bonnie attended Oberlin College where she continued her swimming, lacrosse and field hockey careers. She was named to the All-Conference team in lacrosse three of her four seasons. In 1989 and 1992, she was All-Conference First team and in 1991 she was All-Conference Honorable Mention. She is currently being considered for the Oberlin College Hall of Fame induction to occur in the fall of 2018.
Bonnie returned to KO as a teacher/coach in the mid-1990s. Bonnie is self-employed as a psychotherapist. She lives in West Hartford, CT with her husband, Alex Kraus, a long time KO teacher and coach, and their three children.
Donald J. Viering Jr. ’68
Donald J. Viering Jr. played on the varsity football and basketball team for four years and varsity baseball for three. He served as captain his senior year in both football and baseball and serving in his junior and senior year for the basketball team. He was named MVP of the 1968 Kingswood Invitational Tournament. Upon his graduation from Kingswood, Don stayed close by attending Trinity College in Hartford for both his undergraduate and graduate degrees. While at Trinity, he played four years of baseball, two years of football and one year of basketball.
Don, is now retired after working as a Bond Salesman at Lehman Brothers for 28 years. He resides in New Mexico, has three children and an adorable grandchild.
Charles G. Walker ’83
Charles Walker was a three-sport athlete at KO. He was a member of varsity soccer and varsity hockey in 1982 and 1983. He was a three-year member of the varsity lacrosse team and served as captain his senior year. As a defenseman, Charlie scored one goal and assisted on five, and he was the career leader in penalty minutes with a total of 56.5. Charlie was co-MVP of the lacrosse team his senior year winning the Connecticut Valley Lacrosse Club Award. In both 1982 and 1983, he was named First Team All-Conference. In his final season at KO, he was awarded the Nels Corey Award for the Outstanding Defensive Player in the Western New England Secondary School Division 1 Lacrosse Association. Charles attended Roanoke College where he played lacrosse all four years in college. He was named to the All Old Dominion Athletic Conference First Team in 1985, 1986 and 1987 and named to the All American Second Team in his final season of play.
Charles currently resides in Towson, MD, where he works for Sun Trust Bank as a financial planner. He is married to Ann and has three children.
1978 Boys’ Lacrosse Team
The 1978 boys’ lacrosse team was the only undefeated team in all of New England that spring with a record of 14-0. Among KO's victories were wins over Wilton High School and Longmeadow High School, the high school champions of Connecticut and Massachusetts, respectively. Many of the games were tight contests or come from behind victories that spoke to the determination, skill, and sportsmanship displayed by the team.
This KO team was the first to face several Founders League schools that had started the postgraduate player trend with some teams fielding up to five postgraduates, although the norm was to have two or three postgrads. The combined records of the Founders League teams that KO defeated was 65 wins and 16 losses. Ten members of the KO team went on to play Division 1 lacrosse while two members went on to play on Division 3 teams. Of that group, five captained their college team and one was a first, second and third team All American and played on two DI NCAA Championship teams.

Charles Glassmire Jr.
Chuck Glassmire was a teacher and coach at KO from 1967 to 1992. He served as the boys’ varsity tennis coach for all of the twenty-five years that he was at KO and for twenty-one years he coached boys’ basketball at the thirds and junior varsity level as well as serving as an assistant at the varsity level. Chuck’s tennis teams at KO had a combined record of 231 wins and 58 losses, a .80 winning percentage. They won the Founders League title ten times and were ranked nationally, as a top ten school team, for seven years. Aside from his coaching, Chuck taught chemistry throughout his time at KO along with serving in various administrative positions including Dean of Students, Science Department Chair, and as an Admissions and Financial aid officer. Prior to his career at KO Chuck attended Williams College ‘67 where he played two years of varsity tennis and four of varsity squash.
After a long distinguished teaching career, Glassmire officially taught his last AP chemistry class in May 2018, and he retired from coaching a year earlier. This summer, he plans on completing his hike of the Appalachian Trail with a remaining 700 miles to go. In addition to enjoying the outdoors, he plans on spending time with his family.
Back