Inspiring Students to Excel Since 1909

A history dedicated to providing students with a rich liberal arts curriculum and abounding opportunities. 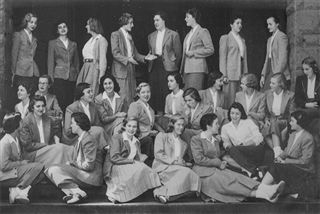 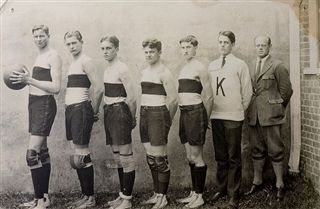 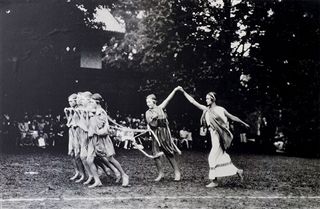 Kingswood Oxford’s story begins in 1909, when the all-girls Oxford School — one of the nation’s first independent day schools — opened in the Hartford home of its founder, Mary Martin. At the time, the school provided a much-desired alternative education for ambitious and talented students, especially those who did not want to leave home and family for boarding school. In 1926, Martin moved her school to 695 Prospect Avenue in West Hartford, which later served as the site of Kingswood Oxford’s Middle School until the 2003 opening of the Estes Family Building.

Meanwhile, a group of prominent Hartford families, looking to secure tutoring for their sons, recruited George Nicholson, a graduate of the Kingswood School in England. Together, they opened the Kingswood School in 1916, which inherited from Nicholson aspects of the British School tradition including the School’s crest, colors, and symbol of the Wyvern – now Kingswood Oxford’s mascot. At one point in Kingswood's history, the school was located in the Mark Twain House.

As enrollment grew, the School’s trustees purchased land near Outlook Avenue, the site of our current campus. Throughout the 20th century, both Oxford and Kingswood Schools thrived with strong leadership, increasing enrollment, and overall growth.

In the late 1960’s Kingswood’s Headmaster Robert Lazear proposed a merger with the Oxford School in order to create a quality experience for all in a co-educational setting. In 1969, the Schools merged to form the present-day Kingswood Oxford School. At that point, Kingswood Oxford adopted the Oxford motto “Vincit qui se vincit” (“One conquers by conquering oneself”).
Now in its second century, Kingswood Oxford continues its mission of “inspiring students to excel and to lead lives of integrity and involvement.”