What do you get when you have an award-winning theater program? An award-winning lineup of Broadway's top talent coming to work with you. This past year Kingswood was thrilled to host three of Broadway's best names, each of whom ran a masterclass with our young thespians. Stay tuned for more big names coming in the 2019-20 season!
1 / 1
Autumn Hurlbert's accolades include Broadway, national tours, regional theater, off Broadway and television including lead roles in Legally Blonde, Something Rotten, Little Women, Beauty and the Beast, Les Miserables, Evita, Tomorrow Morning and The Sound of Music, Live! Hulbert ran a masterclass where she guided student performances through presentation, nuances of character, and presence.
1 / 1
In May of 2019, Ben Fankhauser's came to KO to run a masterclass. His Broadway credits include (Newsies, Original Broadway Cast), National Tours: Spring Awakening, Beautiful - The Carole King Musical. Television/Film: The Deuce, Twenty Something, It Could Be Worse, and Submissions Only. Fankhauser originated the role of Davey in Newsies at Paper Mill Playhouse before bringing the show to Broadway.
1 / 1
Jessica Lee Goldyn (A CHORUS LINE, TUCK EVERLASTING, FINDING NEVERLAND, and more!) held a Broadway Masterclass in New York City with KO students focusing on dance audition training combined with a physical technique workshop. She taught a rigorous physical warm-up, audition combinations, and finessed technique all while providing individual feedback to each student!
1 / 1
Appearing in 10 Broadway shows and with over 40 film and television credits, Broadway triple threat Deidre Goodwin came to KO in January and did a master class with theater students. Goodwin played Sheila Bryant in the 2006 revival of A Chorus Line, then followed that role with a star turn as Velma Kelly in Chicago in 2009.

In the spring of 2019, the Kingswood Oxford theater department delivered a show-stopping performance of the Broadway classic CHICAGO. The production took home several HALO awards and earned the performers top recognition in the state and beyond. 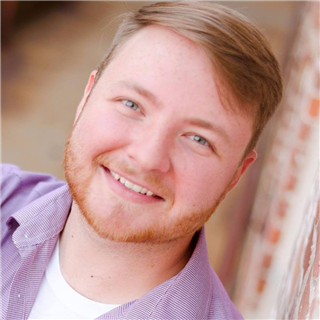 Kyle is an award-winning director with an accomplished career in theater education and directing. His accomplished work spans Western CT State University, Post University, Goodwin College, and the Greater Hartford Academy of the Arts. Under Kyle's instruction, his students have achieved successful careers in both Broadway and off-Broadway productions as well as national tours. At the college level, Kyle's students have also gained acceptance to elite musical theater universities: Baldwin Wallace, Shenandoah, Ithaca, New York University Tisch and the University of Michigan. Kyle, a performer himself, who is trained in the Sanford Meisner technique, continues to be inspired by the creativity and hunger for theatrical training at KO.

Students have the opportunity to register for several artistic electives to further their craft within a process-based learning environment. Students learn the following skills in the following classes