All students participate in Kingswood Oxford’s many faculty-mentored clubs and activities which keep things interesting and lively on campus! Beyond that, Kingswood Oxford's clubs and activities teach leadership and problem-solving skills, as well as enhance our already-strong sense of community service and participation. Have an idea for a club that's not already established? Go for it! There's always a way to make our community even more vibrant.
“Looking back, I can confidently say that my exposure to Model U.N. and its global perspective was one of the most important ways that KO opened my horizons.”
— Natalie Kotkin ’07, Yale University graduate; Business Analyst for McKinsey & Co. 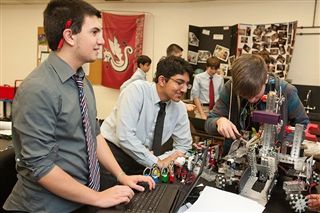 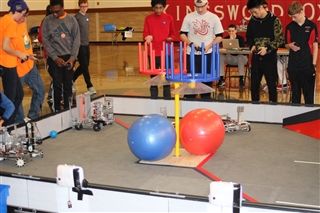 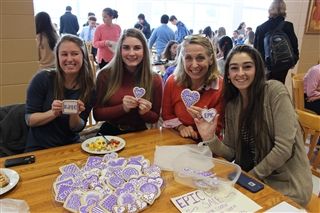 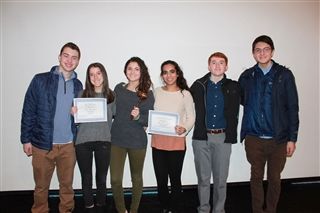 See below for a complete list of all Clubs & Activities. Some Kingswood Oxford favorites include:
epic: epic is Kingswood Oxford’s arts and literary magazine, created entirely by students. Not only do they submit art, photography, poetry, and prose for publication, but students serve as editors, as well as plan, organize, produce, and market each edition. The epic team also hosts an annual Coffee House, an evening of music, readings, and food for Kingswood Oxford students.
Forensic Union: Kingswood Oxford’s debate and public speaking team is popular with students. Each year approximately 70 students attend weekly meetings and prepare to compete in local, national, and international debates — including the World Debate Championships. Just this past year, two students made it to Worlds. Very impressive! A member of the Debating Association of New England Independent Schools, Kingswood Oxford competes in 14 debates or tournaments per year, and hosts its own each February.
Model UN: Participating in Model U.N. provides students with a forum to apply the academic content and skills they have learned in the classroom, to hone their public speaking and debate skills, to meet other intellectually motivated students from around the world, and to learn from world-renowned experts.
Students submit an essay to apply for a spot on the Kingswood Oxford team. Team members meet once a week to prepare for the Model UN Conference at Yale University, where they’ve won top award for 14 consecutive years!
Robotics: Robotics at Kingswood Oxford is both curricular and co-curricular. The latter, the Robotics Team, meets daily after school during the fall and winter sports season to design, build, and program a robot. The team enters the robot in a FIRST (For Inspiration and Recognition of Science and Technology) robotics competition. Students can fulfill their athletic requirement with Robotics.
The Upper School offers a one-semester Engineering and Robotics course that covers topics in mechanical design, electricity, and computer science.
KO News: As the campus newspaper, KO News serves as a forum for news and open expression. Under the guidance of a faculty leader, students write, edit, and lay out each issue. Click here to see the latest online version of the paper.