The truth is, a Kingswood Oxford education will set you up for professional success and personal fulfillment. It's an education for a lifetime because true learning, we consider, never stops. Ours is a carefully developed and educational experience that features:


“Teaching intentionally — that is, taking care to draw connections, to connect the dots between disciplines, to encourage students to contemplate ideas (and not just facts) — is a hallmark of KO’s program.” — Tom Dillow, Head of School

Toolbox for Success: College and Career 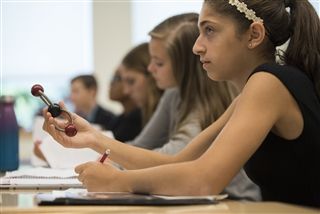 When Kingswood Oxford students graduate, they are well prepared for the challenges of highly selective colleges and beyond. Our faculty develops thirteen learning attributes in our students including curiosity, empathy, persistence, comfort in risk-taking, flexibility, initiative, and resilience. With this skill set, Kingswood Oxford's students are in the strongest position to face business and cultural developments yet to come. As a result of Kingswood Oxford’s intentional education, our graduates are:

KO Grads Make Their Mark in College & Beyond

In a recent survey of Kingswood Oxford graduates, our former students share their accomplishments and experiences. Every respondent stated that Kingswood Oxford prepared them for the rigors of higher education specifically in the areas of critical thinking, writing, and communication skills.

"One aspect of a KO education that is especially valuable is its emphasis on writing. From Middle School to Symposium, I learned how to critically evaluate others' ideas and to synthesize my own, which will continue to serve me well in all facets of my life." Ben, double major Math and Political Science at Yale University 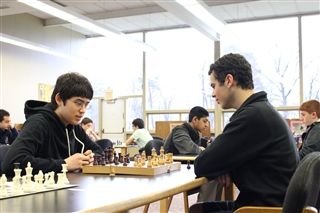 “What better gift can we give our children than to educate them in a place where they are appreciated, nurtured, and inspired? It’s an honor to see our students blossom and realize their full potential.” — Jane Repp, Middle School


Where do Kingswood Oxford students go after graduation? To some of the best colleges and universities in the U.S. and abroad.

Kingswood Oxford graduates are bold, confident, and successful in a variety of careers — too many to list! Instead, here are a few examples that show the depth and breadth of Kingswood Oxford’s alumni:

“Both of my children love their KO experience, especially the friendships, academic opportunities, and athletic competition. My older son just finished his first year in college, where he plays football and is majoring in Business Administration with a concentration in Marketing. My younger son, who started at KO in 6th grade, has evolved from a quiet and somewhat shy student, to one who is now so comfortable speaking up that his teachers recommended him for public speaking.” — Tammi Bolden
Are you ready to build a passionate and purposeful life? Start your Kingswood Oxford journey today.