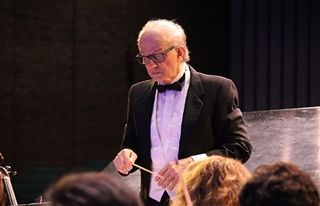 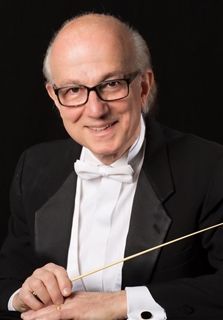 3/24/2020
Kingswood Oxford’s and the West Hartford Symphony Orchestra's (WHSO) conductor Rich Chiarappa has been named a national finalist for the American Prize which recognizes and rewards excellence in the performing arts for his work, Lincoln and Booth: The Concert Musical. Chiarappa's piece earned this acknowledgment in the composition category for opera/theater/film/dance, professional division, 2019-20. The WHSO premiered Lincoln and Booth in October 2018 with Kingswood Oxford’s Director of Choral Music Steve Mitchell performing the role of John Wilkes Booth.

The American Prize is nonprofit, unique in scope and structure, and is designed to evaluate, recognize and reward the best performers, ensembles and composers in the United States based on submitted recordings. There is no live competition. The American Prize has attracted hundreds of qualified contestants from all fifty states since its founding, has awarded more than $60,000 in prizes in all categories since 2010, and is presented annually in many areas of the performing arts.

With his warm and caring spirit, Chiarappa has worked with countless KO student musicians over his forty-plus year tenure at the school. Colleagues of Chiarappa remark upon his many wonderful attributes of Chiarappa including his “commanding the orchestra with grace and force, a brilliant composer as well as a gifted educator who imbued his young people with a love of music.” During Chiarappa’s tenure at KO, he has inhabited many roles including the director of choral music, director of the Middle School and Upper School string orchestra, playwriting and public speaking teacher, and composer of the school song “Hail Kingswood Oxford.”
Back