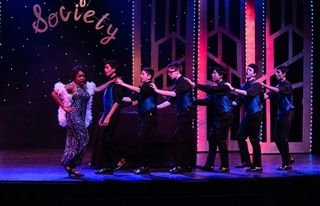 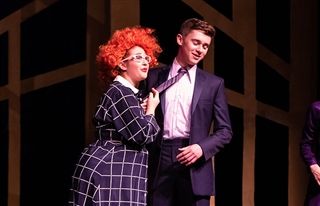 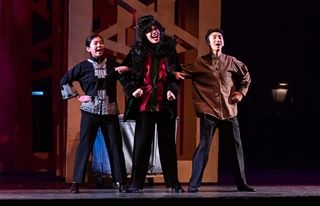 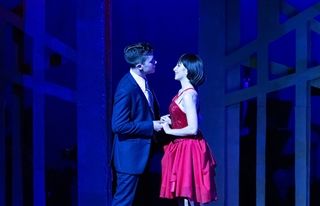 6/10/2020
Once again, the Kingswood Oxford award-winning theater program’s cast and crew raised the bar yet another notch with this year’s spring musical, Thoroughly Modern Millie. A talented cast brought the audience on their feet, as the production received a standing ovation during the Friday and Saturday night performances.

The performance was noticed well beyond the walls of Roberts Theater, lining up a host of nominations from the Seven Angels Theater 2020 High School Halo Awards for the second year in a row. An impressive 16 in fact, including the sought after Best Musical title.

Over the last few years, the theater program at Kingswood Oxford has increasingly attracted young talent and budding thespians from across Connecticut. The incoming class of 2020-21 is no exception. Whether it be dancing, singing, acting, or the “triple threat” of all three, students are drawn to the program's prestige, professionalism, rigor, and accessibility no matter what one’s experience level.

Director of Theater Kyle Reynolds is the driving force behind the program's growing success. “We have accomplished so many things these last few years and this is just the beginning. Our job as an award-winning theater program is to continue to raise the level of production, meeting our students where they are and growing them from there along with utilizing musical theater as an artistic vehicle for thought-provoking conversations. Whether you are someone that wants to end up on a Broadway stage, or just bolster your confidence and be a part of an amazing team, Kingswood Oxford theater is that spot.”

The winners in each category will be announced on June 24 at 7:00 p.m.
Kingswood Oxford was nominated for the following awards:
Back