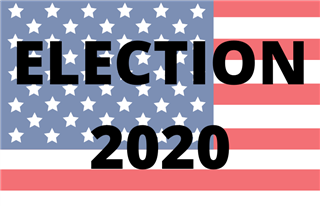 10/14/2020
Stacey Savin’s fall elective Election 2020 is as topical as, well, the 2020 election. Following the vice presidential debate, Savin asked the students their assessment of the candidates’ performances. Most students concurred that they were “frustrated” and “annoyed” by both candidates dodging the moderator’s questions directly and running over their allotted time to speak. They were also in agreement that this debate felt more civil and respectful than the presidential debate between President Trump and Vice President Biden. One student remarked, “I think the contrast between the two debates put in perspective just how bad the presidential debate was.” Another student commented that even with the modifications and improvements in the structure of the debate, the debate was not as productive as it could have been. Savin reminded the class both candidates want to get their points across to the audience and stay on message. “They have rehearsed answers. The reason the debates don’t come off as spontaneous and real is that they are not spontaneous and real,” Savin said.
The Election 2020 class asks the overriding question: “What is the condition of America today?” The course began with the foundational rulebook of American democracy - The U.S. Constitution. Students focused on the allocation of law-making power between the President and Congress and how the members of each branch are elected. Students are following electoral contests in key states as well as the Presidential race and will present a thorough study of their state's key races and the issues facing their states such as healthcare, agriculture, climate change, women’s reproductive rights, education, economy, manufacturing, law enforcement, race, immigration, energy, international relations, and voter suppression. Students have also discussed topics including the primaries, parties, nominating conventions, fall campaigns, polls, debates, finance, and voter turnout as well as the candidates themselves. After the election, the students will conduct a post-mortem and review exit polling. “Hopefully on election night, the decision will be clear enough who won the presidency, but it may be contested. We don’t want to find ourselves in a constitutional crisis,” Savin said.
After the class, the students shared their thoughts about their learning and insights. Two students who are researching the South Carolina race spoke about particular issues facing that state like infrastructure problems and the requirement of a mandatory COVID-19 vaccine when it becomes available. They felt what made South Carolina interesting was that it was once a reliably red state that was turning blue. Another student commented that this election feels more consequential because of the Supreme Court opening and the relationship between law enforcement and people of color.
Despite the contention in the country, the students have found the tenor in the classroom to be very respectful. “The way people talk about the issues, you can tell what they believe in, but everyone has been as respectful as possible," one student said. Another student believes that although there has been disagreement with one another, they have been able to find common ground.
These young people are invested in the democratic process and the future of our country. Although most are unable to vote in this election, one student said that many young people know the issues since there is an influx of information and they know what is at stake. "I think you'll see more young people voting. They are more informed and driving the election." They agree that disinformation is a concern. "You need to understand that there is going to be bias.  You can't just go in thinking just what you believe. You need to look at both sides."

Wise advice from our Wyverns.
Back