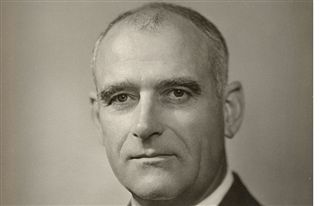 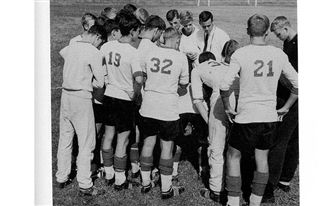 The History of Hewett Day

11/12/2020
Merritt Alfred Hewett: Kingswood Headmaster 1949-1962
Mr. Hewett came to Kingswood in 1949 after teaching history and math, as well as coaching football and track, at Milton Academy. He attended Harvard Law School but knew in his heart that his real passion was teaching. Through his twelve years of leadership at Kingswood, the school saw an increase in the endowment, scholarships, faculty salaries, the addition of two new buildings, tennis courts, and a playing field.

“Never had the school enjoyed greater respect and goodwill in the community. When all these things happen to and in a school, leadership is surely at work!” (Kingswood Fifty Years)

Gramp, as he was known, created Kingswood Day, which was to take place on a Saturday in early October to highlight Kingswood soccer and football athletic teams that would be playing at home. Kingswood Day also celebrated intramural games between the two teams, York and Lancaster. These intramural games were played in the morning. It was a day in which parents and Old Boys not only came to watch the games, but to enjoy picnic lunches. Milk and coffee were sold at concession stands. Following the football game, players on all teams and guests were invited to a tea, which was held in the dining hall. An annual book fair was also held that day. The first Kingswood Day took place in 1952. After Headmaster Hewett’s death in 1962, the name was changed to Hewett Day in his honor.
Back