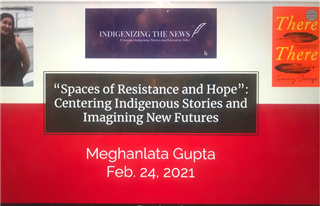 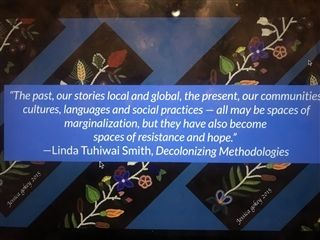 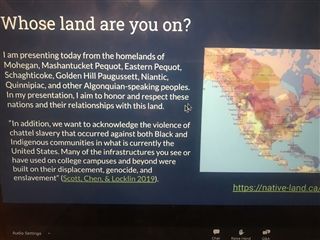 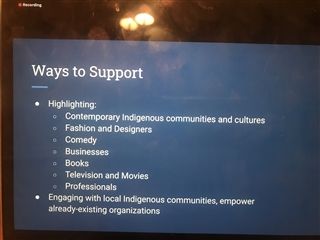 Spaces of Resistance and Hope

2/25/2021
The English department hosted a webinar on Feb. 24 as a culminating event for the sophomore class in their study of Tommy Orange’s novel There There, which follows twelve different Native characters living in Oakland as they are all drawn together at the Big Oakland Powwow. The webinar featured Meghanlata Gupta, who gave a talk entitled 'Spaces of Resistance and Hope': Centering Indigenous Stories and Imagining New Futures.” After her remarks, she engaged in a moderated Q&A with several of our sophomores.

A current senior at Yale University from Ann Arbor, Michigan, Ms. Gupta is a citizen of the Sault Ste. Marie Tribe of Chippewa Indians. Her work and research interests lie at the intersections of Native American history, law and policy, journalism, and education. At Yale, Ms. Gupta was the 2020 President of the Association of Native Americans and a member of the Native American Cultural Center. She is also the founder and lead editor of Indigenizing the News, a digital news source dedicated to Native American news.

Gupta began her talk by acknowledging the land that we are inhabiting - the ancestral lands of the Mohegan, Mashantucket, Pequot, Eastern Pequot, Schaghticoke, Golden Hill Paugussett, Niantic, and Quinnipiac peoples. She shared a video featuring native women who dispelled commonly held misconceptions about native Americans such as not paying taxes, living in teepees, and receiving government assistance.

She believes in the importance of telling the story of new narratives of indigenous peoples who “live, thrive and lead all across the United States - contributing to every aspect of society. Anchored in values, theirs is a living and evolving story of resistance, resilience, economic strength, and cultural revitalization.”

While at Yale, she is passionate about her advocacy work such as organizing speaking events and teach-ins. She believes that Yale needs more native professors and wants to have more native languages taught at Yale by elders. One event that she is particularly proud of organizing was an exhibit about indigenous art, followed by a native play and a dinner catered by an indigenous chef. “Within this, we see the remaking of the narrative when we have indigenous people writing plays, curating exhibits. All these things work against the problematic narratives of who we are. Showing all these accurate, rigorous, multifaceted, and complex stories about who we are as native people,” she said.

In 2019 she started Indigenizing the News, a news source comprised of a newsletter and original writing which also shares educational resources and partnerships with other newsrooms. “Journalism is its own form of contemporary storytelling just like our ancestors did,” she said.  “But, I’m doing it through this framework of journalism. In the midst of breaking news, I’ll talk about sovereignty, poverty, tribal nation diversity, federal recognition, and funding to help educate others and give a glimpse into a more accurate narrative.”
Back