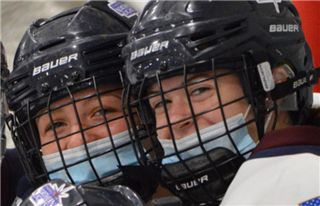 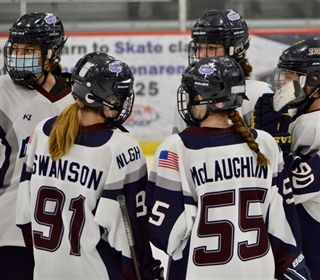 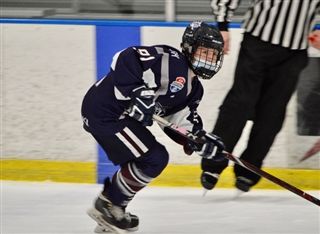 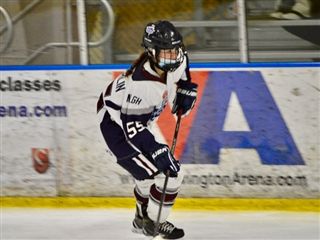 4/27/2021
Tori Swanson ’21 and Abby McLaughlin ’22 are headed to Denver, CO from April 29th to May 3rd to play in the USA Hockey 19U Girls Tier II National Championship with their CT Northern Lights U19 Silver team. They will compete in a pool of 48 teams from around the country over five days.

Swanson and McLaughlin have played hockey for over ten years - the last four together on the same team. Swanson started figure skating when she was much younger, but found the fast pace of hockey more exhilarating. Both players have older siblings that play hockey so they were accustomed to the energy and power of the sport.

This is not Swanson’s and McLaughlin’s first trip to Nationals. They also competed in 2019 with their 16U team in Buffalo. That year they advanced to the quarterfinals and finished as the seventh-ranked team in the country. Swanson said, “It’s such an unreal experience even if you don’t win. To be with the best of the best and play against them is an amazing feeling.” Prior to the game to steady the nerves, the girls listen to some upbeat music and talk to their teammates. But, when they start playing, they play like they always play, with grit and determination, no matter the outcome with this overriding esprit de corps:  If we win, we win together. If we lose, we lose together.

Despite a challenging 2020-2021 season, paused for three months due to COVID-19 shutdown, the team came together to finish the regular season strong and advance to Nationals. Follow the action at https://nationals.usahockey.com/2021girlstierii19u or check out USA Hockey on Instagram, Twitter and Facebook
Back