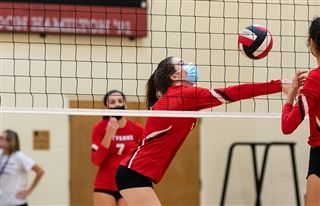 9/16/2021
Cross Country
The Girls’ and Boys’ Cross country teams traveled to Dedham, MA on September 11 to compete in their first meet of the season, the Noble and Greenough Invitational. It was a beautiful, sunny day with blue skies and temperatures in the mid-seventies. Athletes participated in a course walk and then the race took off around 2:30 p.m. With a few hills, grassy fields, and some quick straightaways, runners pushed themselves past any nerves to dig deep and race. Coaches were very proud of the teams’ effort and look forward to our next competition on Saturday, September 18th at the Choate Rosemary School Invitational. These first two meets are not scored, so no team results will be reported. Times were consistent with the start of preseason and athletes are excited to run even faster next weekend. 15 boys and 10 girls represented KO on a very somber day in our country. Their dedication to the sport and team effort definitely brought a brighter side to the day.
Personal times were recorded. Here are each athlete’s finishing times. Again, no team scoring.

Soccer
The Varsity Girls' Soccer team opened their soccer season with a positive win at Wilbraham and Monson on September 14. While it took the girls a little bit of time to settle into the game, they were able to score three times in the first half. New sophomore, Ella Sokale '24, contributed with two goals and one assist. Olivia Schaller '25 had one goal. In the second half, KO continued to apply pressure which resulted in a goal by Kaiya Deurloo '22 and a converted penalty kick by Sammy Azia '23. Natalia Correa '22 and Georgia Louis '24 provided assists on two of the five goals.  While the result was favorable, the girls know there is room for improvement and look forward to continuing their 2021 campaign when they host Marianapolis this Saturday.

Volleyball
The Varsity Girls’ Volleyball team had a promising opening match on September 11 against a strong opponent, King, with a final loss of 0-3. However, the team showed impressive first performances that will bode well for the season moving forward. King took the match in three sets (25-15, 25-17, 25-23), but KO’s grit and teamwork allowed them to fight through competitive points and improve their game each step of the way, finishing with an electrifying third set. There were strong performances from returning players and new players alike. Ava Cashman ‘24 started the team off with precise and punishing serving in the first set and continued to apply offensive pressure to the opponent during each point. Co-captain Keira Sullivan ‘23 led by example on the court with powerful, clever hitting and off the court with inspiring words for the team. In her first official high school volleyball match, Kata Mesterhazy ‘23 showcased the work she has put into practicing the middle position, making thoughtful net decisions, and pulling off three back-to-back blocks in a show-stopping moment of the second set that re-energized the entire team. Co-captain Mackenzie Caruso ‘22 and Jill Plaut ‘23 carefully balanced their roles of setting and right side hitting to support the team on all fronts, and led some key serving runs to keep the team ahead in the third set. On defense, Allie Arcaro ‘24 met heavy hitting from King with effective passing and several point-saving digs. With heads held high and determination to build on the successes of the first match, KOVB looks ahead to the next match against Hopkins on Wednesday 9/22.
Back