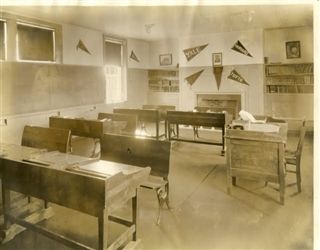 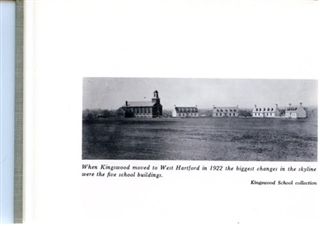 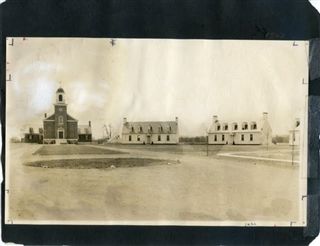 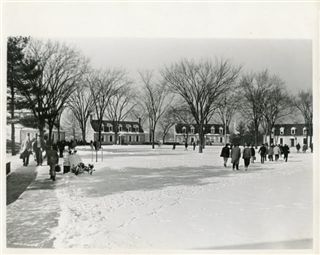 #1 Celebrating 100 years on the Upper Campus!

9/8/2022
Welcome back! Hope you all had a great summer. We start the new school year with a 100 year celebration of the Upper School campus.

After only a couple of years holding classes at the Mark Twain house (1920), Kingswood enrollment had grown considerably and it was time to look for a permanent place for a school to be built. Mr. Niles G. White’s farm, in West Hartford, had great potential, with even enough space for playing fields and a gym. Twenty acres of the White farm were purchased by Dr. & Mrs. Jacobus and deeded to Kingswood. In appreciation, Headmaster Nicholson named the first playing field Jacobus Field. Funding for the new school came from members of the Kingswood community and a small number of benefactors. By the end of the summer of 1921, enough pledges, along with generous gifts from Mrs. James J. Goodwin and Mr. Edward Peck, made the dream of a new school come to fruition.

Kingswood renewed its lease of the Mark Twain house for the 1921-22 school year. The move to West Hartford was eagerly anticipated. Construction was completed the summer of 1922 and the new campus welcomed students that September.

There was still a need for many facilities, yet the new campus served students, faculty and staff well in the beginning. Five buildings stood on barren ground, yet the four houses (cottages) were the pride of the school. They offered cozy classrooms with fireplaces that not only were decorative, but were a source of heat. As there were no big boilers on campus yet for all-campus heating, each house functioned on hot air from a coal furnace. Mr. Nicholson named house #2 Peck House, and #4, Goodwin House. The largest building was the Chapel, known as the Main Building. Eventually, that building would become Seaverns Hall, which opened in 1929.